Home » Reviews » How To Connect WiFi Extender with Ethernet
Reviews

How To Connect WiFi Extender with Ethernet 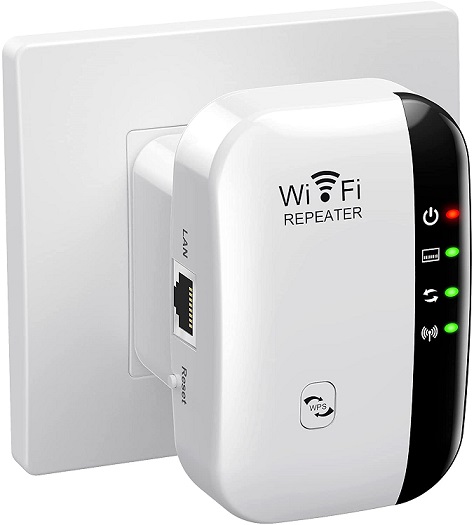 What Is a Wi-Fi Extender?

Therefore, a Wi-Fi extender must be placed in between the router and the standalone devices like your smartphones. To sum it up all, a Wi-Fi extender extends the range of your router. It actually rebroadcasts the wireless signal without making any modification.

Is There Any Ethernet Port on Wi-Fi Extenders?

Instead of rebroadcasting wireless signal which can get weak depending on the distance from the router, it is better to rebroadcast wired signal. This means instead of connecting to the router wirelessly, it is always better if you connect Wi-Fi extender to the router through a wired connection which is an Ethernet cable in this case.

However, most Wi-Fi extenders may not come without any Ethernet port. This is because the concept of extender is to extend the wireless signal so that the end devices connect wirelessly as well. But there are extenders that have Ethernet ports. These ports are input ports which means you can connect end devices such as your computer to get internet connection directly from extender.

What Happens When You Plug The Ethernet Cable Into Wi-Fi Extender?

Wi-Fi extender rebroadcasts the same packets as your router and it is primarily used to get Wi-Fi connection in nearly out of range areas in your home or office. In order to make the connection stable and effective, people plug in Ethernet cable to Wi-Fi extenders. When you do so, the extender becomes a strong access point whereby it can rebroadcast Wi-Fi signal with the same internet speed as that of the router. Wi-Fi extender will also establish a new Wi-Fi network and you can connect to the Wi-Fi extender directly instead of the router to get internet connection. Here are the effects of Ethernet cable on different aspects on internet.

The simple rule about latency and Ethernet cable is that the longer the Ethernet cable you have, the more latency you have to face. But the effect is rather negligible as it is merely one millisecond per foot. Therefore, it is safe to say that you do not have to worry about latency when you plug Ethernet cable into your Wi-Fi extender as the length of the cable will not be extremely high.

Wi-Fi Extenders or Mesh Networks – Which Is Better?

You can rest assured that the signal strength will always be high thanks to dynamic routing. You can connect Ethernet cable to any node for better connectivity. That is why a mesh network is considered to be the real extender of Wi-Fi network. Therefore, a mesh network is better than Wi-Fi extender as long as the budget is not an issue for you.

If you are going to use hard-wired connection, you can opt for MoCA instead of Ethernet cable. It is a coaxial cable but it is a rather outdated technology. MoCA is generally used to connect TV and cable box. Therefore, if only you have a coaxial cable network at home or office, you can use MoCA for better internet connectivity. Obviously, you have to purchase an adapter so that it is compatible with your Wi-Fi devices. You can get an internet connection through hard-wired connection where Wi-Fi goes out of the range. Therefore, if you have to download or upload big data, this is the way to go. But Ethernet cable is better than MoCA in modern network technology.

You can connect an ethernet cable to a Wi-Fi extender if you want a hard-wired connection. This will help to get a stable internet connection where Wi-Fi signal tends to go weak. The speed of the connection depends on your purchased plan and capacity of the extender. When you purchase a Wi-Fi extender, make sure it has an ethernet port for input as well as output to connect to the router easily.