A Security System allows you to monitor your home, office, or any property. They act as eyes (and sometimes ears) when you are not there. They also help large companies and businesses to cover large areas with just a few personnel. If you are in the market for some security cameras, then you will be at a crossroads of Analog vs Digital options. So, to help you out, we’ve put together a detailed guide on Analog and Digital Security Cameras. The first, part covers the basics of each camera system.

The technology behind Security Cameras is evolving continuously. First, we had the standard CCTV Cameras. Then, as the World is shifting to the digital arena, so are security cameras. Nowadays, almost all security cameras are Digital IP Cameras. 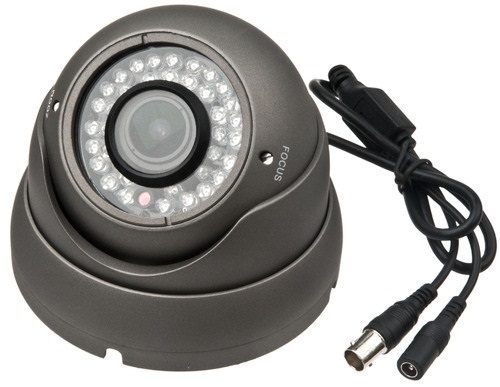 The original CCTV Cameras are all Analog. In the beginning, analog security cameras are just for showing the feed on TV or monitors. They transmit the data through a coaxial cable.

Later, we started recording the video. During this period, the analog camera captures the video and sends the data to a Digital Video Recorder (DVR). The DVR then converts the analog video to digital video and stores it on a digital tape.

With technological advancements in storage technology, we moved on from tapes to magnetic disks. So, instead of recording the footage on tapes, a modern DVR uses Hard Disk Drives to store the footage. 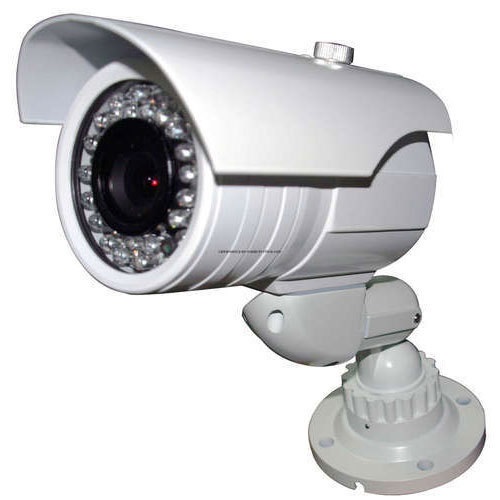 As the name suggests, everything is digital in Digital Security Cameras. Cameras are digital and the video data is also digital. As a result, there is no need for any intermediate DVR.

We could directly store the video footage from a digital security camera on a hard disk drive or SD Card. You don’t need any DVR or other converting device.

Most modern digital security cameras are IP or Network Cameras. One or more IP Cameras send the data to a Network Video Recorder (NVR). They use ethernet cables to transmit the data.

As the entire camera system is connected to the network, you can technically view the videos on any computer on the same network.

Nowadays, digital security cameras even have wireless connectivity. Simply place the camera at any location and connect it to the Wi-Fi network. There is no need to use any cables or wires.

Let us take some important metrics and find out the differences between Digital vs Analog Security Cameras.

You might have seen it in old movies and TV Shows. Cops look at video footage from analog cameras. It looks grainy and noisy. This is because analog cameras have subpar resolution when we compare them to the latest digital cameras.

Even top-of-the-line analog security cameras cannot compete with an average no-name brand IP Camera. You can get digital cameras that can record in 720P, 1080P, and even 4K.

In the case of wired systems, both analog and digital security cameras have a similar complexity of installation. Installers need to plan the wiring path, route the cables, and terminate the connections at respective equipment.

Modern Digital Security Cameras are also available with Wi-Fi Connectivity. So, the installation becomes very easy in this case.

The number of cameras in an Analog Security System depends on the capability of the DVR. If your installation has 8 cameras while the DVR supports 10 cameras, you can add only two cameras in the future.

Digital IP Cameras work differently. Each camera has a unique IP Address just like our computers. Therefore, you can add several IP Cameras in the future by adding another switch or router.

Analog Security Cameras just capture the scene and send the video data to the DVR. The DVR then converts the analog data to digital data and stores it. There is no security or encryption with this system.

But in the case of digital security cameras, the data is encrypted before it gets transmitted to the server (NVR or storage). Only authorized personnel can access the data.

In analog security cameras, interference from other nearby analog signals can cause signal disruption and noise. On the other hand, digital security cameras do not have this problem as the data through the cables or wireless is completely digital.

Modern Digital IP Cameras have additional software and features. Using these tools, you can easily set tracking points or event flags to alert you. Some systems even have object tracking and human detection.

The cost of implementing an analog security system is relatively low. So, for small shops and businesses with a small storefront, a few analog cameras, a DVR and a hard disk will do the job at a low cost.

There are different price points in the case of Digital IP Cameras. Even though the cost of a digital security camera is slightly higher than the analog counterparts, the difference is getting smaller.

The benefits of digital security cameras outweigh the cost aspect of the analog system.

+ Wide compatibility. You can use cameras from multiple eras and brands.

+ It is easy to find installers and the process is also simple.

+ The overall system is very simple. Cameras, Cables, DVR, and storage. That’s it.

– Image or Video quality from analog cameras is just average.

– Not recommended for large businesses or campuses.

– There is no encryption. Even wireless analog cameras face interference from other analog sources.

+ Best possible image quality. You can get digital security cameras that can record high-quality 4K footage.

+ Suitable for large buildings and properties as you can easily scale the configuration. And also, there are add-on features for analytics and other data analysis.

+ They are available in both wired and wireless options. IP-based wired digital security cameras use ethernet cables. Whereas wireless systems connect over Wi-Fi.

+ Modern PoE technology allows only one ethernet cable for both power and data.

+ Video data is encrypted. Also, there is no fear of any noise or interference.

– The cost of initial setup is slightly more as Digital IP Cameras are expensive. But with several brands entering the market, the price is on a decline.

Until now we have seen the basics of analog and digital security cameras along with their differences. After this, we will compare Digital vs Analog Security Cameras side-by-side with the help of a table.

Which is Better? Digital vs Analog Security Cameras

If you are considering upgrading your old and outdated analog security cameras or looking to buy a new security system, then you will face a dilemma of which is better among Digital vs Analog Security Cameras.

After going through all the previous discussions, upgrading to the latest Digital IP Security System seems logically the best option. The cost of IP Cameras is gradually falling.

So, for a new installation, we recommend Digital IP Cameras. You can start with as little as one camera and scale it up later to as many cameras as you want.

That being said, analog security cameras are definitely the cost-effective solution of the two. If you have a small store or business, then installing a couple of analog cameras with a DVR and Hard Disk Drive will do the job.

You can monitor as well as record the footage and the setup is also simple.

But if you already have an analog security system and looking to upgrade it, then consider replacing the system with digital security cameras. You will get better image quality, easy monitoring on any computer, and several options to choose from (wired, wireless, PoE, 1080p, 4k, etc.).

In this guide, we saw the basics of analog and digital security cameras. After that, we listed the differences between them. Finally, we compared Digital vs Analog Security Cameras and saw which system is a better option.

Stencil Cleaners That Cleans All Types Of Flux