How to Restart Apple Watch?


The Apple Watch is a premium Smartwatch from Apple. If you already have other Apple products such as iPhone and AirPods, then the Apple Watch seamlessly integrates into the ecosystem. Like all modern gadgets with operating systems, the Apple Watch also sometimes becomes unresponsive or sluggish. In such situations, you can simply restart the Apple Watch and give it a fresh life. But how to restart Apple Watch? Are there any precautions we need to follow?

An Overview of the Apple Watch?

Even though the market for wearables and ‘smart’ things was already good, the introduction of the Apple Watch in 2015 made it even better. The Apple Watch is a smartwatch from Apple that acts as more than just a timepiece. 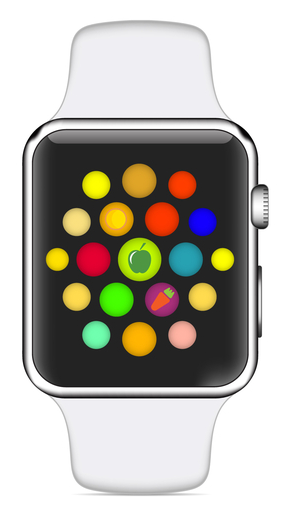 It is a communications device. You can track your health and fitness using the Watch. Some models even have an integrated eSIM to make and accept calls.

The current generation of Apple Watch is the Series 7. All Apple Watches run on a special operating system which Apple calls the watchOS.

When and Why to Restart Apple Watch?

If you ever felt like your computer or phone is acting slow or becoming unresponsive, you will simply restart the device.

Even premium wearable devices like the Apple Watch with its state-of-the-art hardware and highly polished software can become slow and sluggish after continuous usage.

You might sometimes see the Apple Watch with its logo on the display. It won’t boot or proceed further but just displays the static logo.

Other times, while you are trying to navigate through the Watch’s menu, it will be slow or unresponsive. There are even cases where the Apple Watch just froze on one screen.

In all these situations, restarting the Apple Watch can make things better.

How to Restart Apple Watch?

It is clear that restarting a system can give it a fresh start. The system can be anything from a computer, laptop, smartphone, or even the Apple Watch. But how to restart Apple Watch?

If you have the same doubt or question, don’t worry. Here are the steps to restart the Apple Watch.

We will begin with a simple restart procedure. You can apply this procedure if your Apple Watch is working but is slow or sluggish.

The previous method works fine if and only if the Apple Watch is working and responsive (even though it is slow). But what if your Apple watch froze completely and is unresponsive?

Even if you press and hold the side button, you cannot see any activity on the screen. In this situation, you can Force Restart the Apple Watch. Here are the steps for the same.

Things to Note While Restarting Your Apple Watch

Restarting the Apple Watch will not erase your data. We are just power cycling the device. Resetting the device might erase data. We will see how to Reset Apple watch in a separate guide.

Use the ‘Force Restart’ method if everything else doesn’t work. If you are working on something and the Watch becomes unresponsive, force restarting the Apple Watch might not save the work.

If you are updating the Apple Watch with the latest watchOS, don’t force restart the Watch during the update process. Connect the watch to the charger and leave it like that until it updates the watchOS.

If you feel like your Apple Watch is becoming slow or unresponsive, then restarting it can solve the problem. Some Apple Watch users aren’t familiar with the procedure on how to restart Apple Watch. In this guide, we saw the basics of the Apple Watch and the need to restart it.

After that, we looked at all the steps for restarting the Apple Watch. We included a restart procedure for the regular restart as well as force restart. We hope that this guide helps you to restart your Apple Watch and it once again works normally.

Twisted-Pair Impedance Calculator - Electronics For You