Do LED Light Strips Get Hot?


We all love LED Strips. They are inexpensive and easy to install. You can decorate your home with them. Set them up as contour lighting. Use them in your kitchen, cars, Christmas tree, and many more places. You even get a tiny remote control to change the color or mode of the lights. We didn’t even start with Smart LED Strips. As we use them within the reach of our hands, one common question many have is Do LED Light Strips Get Hot?

In this guide, let us discuss more about LED Strips and see what sort of temperatures they can get to. We will also take a look at the acceptable ‘hotness’ of LED Strips for humans to touch.

Light Emitting Diodes or LEDs are the best thing that happened to the lighting industry. They are efficient, have a good life and the best thing is you can adjust the color temperature as well as the brightness.

LED Lighting is available in several forms. We have the traditional bulbs that give the look and feel of incandescent lamps. Again, the shapes of the bulbs are numerous. Then we have LED Tubes and Flood Lights. One of the popular formats of LED Lighting is the LED Strips.

Speaking of LED Light Strips, it consists of several LEDs (usually 150, 300, or more) on a long, flexible strip. They are not as powerful as other LED lighting. Usually, LED Strips come in 5m (about 16 feet) strips with sticky tape on the back. We can use this tape to fix the LEDs in different places. 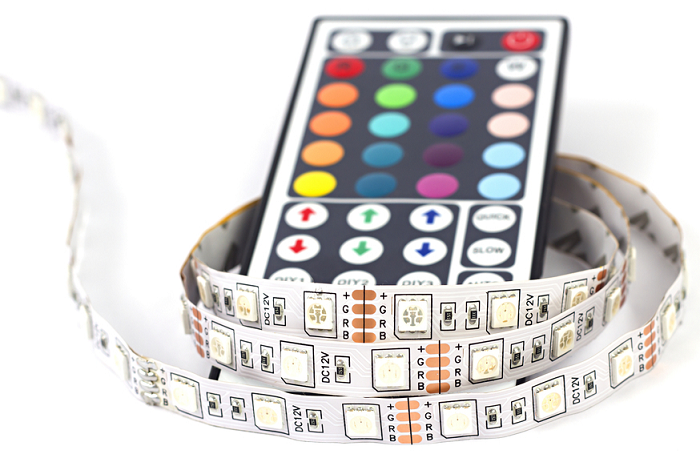 Heat is the enemy of all electronics and LEDs are no exception. If they can produce less heat, then well and good. But if they produce more heat, we need to properly dissipate this heat to have a long lifetime.

LEDs, whether we use them as bulbs or strips, are hyped for their high energy efficiency and long lifetime. The main reason for this is LEDs do not waste energy as heat. You can get LED lighting with 90% or more efficiency.

This means the LED Bulb or Strip Light converts 90% of energy into light and wastes around 10% as heat. If we compare this with the incandescent light bulbs, the numbers are quite reversed.

Do LED Light Strips Get Hot?

Depending on the ambient temperature, they can reach temperatures between 25°C to 55°C. Is this too hot to touch?

With this information, we can say that LED Light Strips are in the ‘warm and slightly hot to touch’ region. Again, this varies from strip to strip and also on other factors. But we get a rough idea.

The next doubt you might have is will this heat damage the strip or LEDs themselves? To answer this, we can take a look at the datasheet of 5050 SMD LEDs from popular manufacturers. 5050 SMD LED is a popular choice of LEDs for LED Light Strips.

From the datasheet, you will find that the operating temperatures of these LEDs are in the range of -25°C to 85°C. So, they can work normally until they reach 85°C.

Coming to the strips, we can once again refer to the datasheet. One popular manufacturer lists out the operating temperature of the LED Strip as -20°C to 50°C. Note that these temperatures are the limits and the chance of LEDs or the strip reaching these values is slim to none.

The first and most common reason is the quality of the LEDs themselves as well as the Strip. There are so many LED Light Strips in the market that are available at a ridiculously low price. The reason for such low cost is the usage of low-quality parts and manufacturing processes.

If you install the LED Light Strips with poor ventilation or in closed spaces, there will be less airflow. This will restrict the dissipation of heat and thereby raise the temperature of the LEDs.

How to Lower the Temperature of LED Light Strips?

Another way to dissipate more heat and lower the temperature is to use a heat sink. Readymade aluminum extrusions are available in the market that are very handy to install LED Light Strips. In cupboards and under cabinet lighting, use the aluminum heat sink instead of directly attaching the strips.

LED Light Strips are a popular way to add contour lighting, decorations as well as creating an ambiance. Since we run them for a long time, a common question regarding them is do LED Light Strips get hot?

In this guide, we saw the basics of LEDs and Strip Lights. After that, we understood the reason why light bulbs get hot. The final sections give us a couple of reasons for LED Light Strips becoming hot and methods to increase heat dissipation.

Sensor With The World's Smallest Pixel