Home » Reviews » Can You Plug a Firestick into a Laptop? Find out how to do it
Reviews

Can You Plug a Firestick into a Laptop? Find out how to do it


Amazon’s Fire TV Stick is a very popular media streaming device. You can watch thousands of movies, TV Shows on Netflix, Prime Video, Hulu, Disney+, HBO Max and several other apps. Using the Firestick is also simple. Plug-it into a TV’s HDMI port, open your favorite app, start playing the movie/series. It is that simple. Since we use it with a HDMI Port, there is one popular question that many have: Can You Plug a Firestick into a Laptop? In this guide, let us talk about Fire TV Stick. We will see if we can use it with a laptop.

Streaming is the new way to watch TV Shows and Movies. You can watch the content anywhere be it your laptop, tablet, smartphone or Smart TV. Speaking of TVs, they are probably the best devices to watch the content.

Smart TVs already have all the popular apps readily available in them. But what if you have regular TV? You can use any media streaming device and make your non-smart TV a “Smart” TV. One such popular device is the Amazon Fire TV Stick. 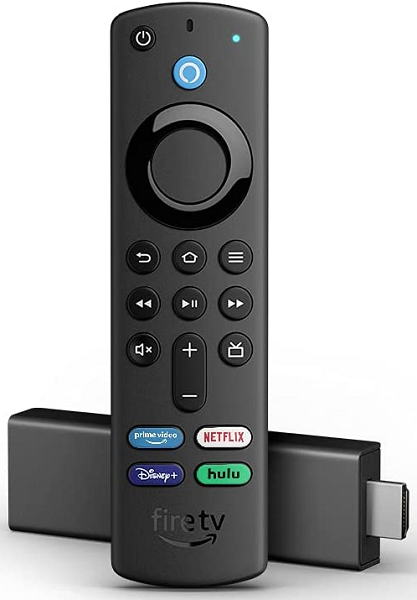 It is a tiny device that sticks into the HDMI Port of a TV. Use the remote control or Alexa and start watching content on TV. Even if you have a Smart TV, you can still use the Fire TV Stick as it has better hardware and software.

Can You Plug a Firestick into a Laptop?

As we mentioned before, the Fire TV Stick comes with a HDMI Connector. You have to insert this embedded connector into one of the HDMI Ports of your TV. If you have a computer monitor with HDMI Port, then you can use the Firestick with it as well.

But a popular question among Fire TV Stick users is can you plug a Firestick into a laptop? Let us explore more.

Fire TV Stick sends the audio and video signals through its HDMI Connector. The HDMI Port on the TV (or monitor) receives these signals and produces sound and image.

Now coming to the laptop. It also has an HDMI Port similar to what we have on TVs and Monitors. But the thing is unlike those ports, the HDMI port on a laptop is actually an output port, despite the similar look.

It also sends out audio and video signals so that we connect an external monitor or TV to the laptop. We cannot connect two output devices and expect them to work. Does this mean we cannot use a Firestick with laptop?

Technically, you can use but not directly. In the next section, we will see a couple of ways in which you can plug a Firestick into a laptop.

How to Connect Amazon Fire TV Stick on Your Laptop?

Use a Laptop with HDMI Input

From the previous discussion, it is clear that the HDMI on the Amazon Fire TV Stick outputs audio and video signals. And we need a TV or Monitor with HDMI Input Ports. The first solution to the problem is to use a laptop with HDMI Input port. Simple, right?

It is possible but the problem with this solution is there aren’t that many laptops with you can find them, well and good.

As most of these laptops (with HDMI Input Ports) are at least few generations old, we are not listing any option here. But if you are desperate, you can find then (usually is the ‘used’ market).

Use an HDMI Video Capture Device

We know most of you are not satisfied with the first solution. The next way is probably the only plausible method to use a Firestick with your laptop. The answer is an HDMI Video Capture Device or Card.

It is a simple piece of hardware that can capture or record audio and video content from a source (Fire TV Stick in this case) and save it on a computer (laptop or desktop).

Gamers are probably the main consumers of capture cards. Before the popularity of Twitch and other live streaming services, gamers used HDMI Capture cards on their computers to record game play. Later, they uploaded this captured audio and video to social media platforms.

Nowadays, HDMI Capture devices are so simple and affordable. One end of these capture devices have an HDMI female port, which acts as input. You can plug your Firestick into this port.

The other end of the capture device is usually an USB Type-A connector. But you can also get some models with USB Type-C Connectors. Simply plug the USB (either regular Type-A or Type-C) into respective port on the laptop and start recording or capturing content. OBS Studio is a popular open-source capturing software.

An important point here is that you cannot view the live content from Firestick on the laptop using an HDMI Capture device. You have to first save the audio/video file on to your laptop and view it later.

Another problem with this approach is data encryption by Amazon Fire TV Stick. Almost all major streaming devices, including Fire TV Stick, uses HDCP to encrypt the data as an anti-piracy measure.

There are some HDMI Splitters and HDMI Switches that can bypass this encryption and transmit only the audio and video data. We cannot guarantee this will work with all HDMI Splitters or Switches in the market.

Amazon Fire TV Stick provides you with dozens of streaming apps and thousands of hours of content. Just pair it with a nice TV with decent surround sound system and enjoy latest TV Shows and Movies. Since we plug it into the HDMI Port of TV, a common question is can you plug a Firestick into a laptop? In this guide, we understood the basics of HDMI in Fire TV Stick and TV. After that, we saw a couple of solutions to make the Fire TV Stick work with a laptop.

IoT Into the Wild Contest for Sustainable Planet 2022