Home » Reviews » PoE vs Non-PoE Switch | Differences, Which One Should You Get?
Reviews

PoE vs Non-PoE Switch | Differences, Which One Should You Get?


Ethernet Switches are very important devices in the networking infrastructure. They allow you to connect multiple devices to the network. These devices can be computers, IP Telephones, and Cameras. Nowadays, we are often hearing the term PoE. This is short for Power over Ethernet. Depending on the capability of the switch, we call it a PoE Switch and a Regular Switch (or Non-PoE Switch). But what exactly is this PoE? How do we compare PoE vs Non-PoE Switch? If you are buying a Switch now, which one should you choose, PoE or Non-PoE?

All these are interesting, important, and confusing questions. In this guide, we will explore more about Power over Ethernet (PoE). Find out the differences between PoE vs Non-PoE Switch.

What is Power over Ethernet (PoE)? 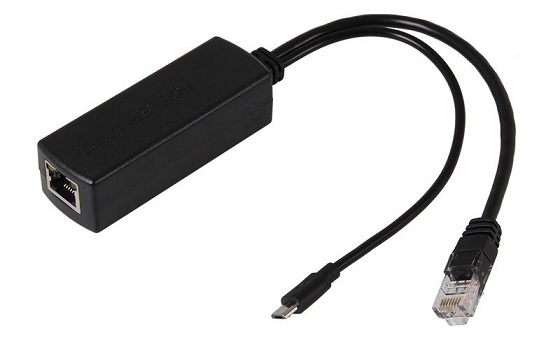 Before understanding PoE, let us quickly take a look at a Network Switch. An Ethernet Switch or a Network Switch is a device that has several RJ45 Ports to connect many devices. The switch will transmit data between ports using the destination MAC Address in the Ethernet Frame.

If you consider the OSI Model, Switches are Layer 2 or Data Link Layer devices. We can connect multiple devices on a network using Ethernet Switches. Routers are higher-layer devices (Layer 3 or Network Layer). They connect the network of switches together.

Till now, the job of a Switch is to carry only the data to the devices. But Power over Ethernet or PoE is a new standard that allows the Switch to transmit power to the devices along with the data.

Using PoE Technology, a Switch can provide DC Power to the device as well as the Ethernet data using the same twisted-pair ethernet cable. What type of devices we can use with PoE? We can connect all low-power networking devices that support PoE Standard.

There are two standards that define the PoE Operation. They are the IEEE 802.3af and 802.3at. We will see more about these standards in the later sections.

What is a PoE Switch?

A Network Switch that is capable of transmitting the data as well as powering the devices connected to it is known as a PoE Switch. As a result, you don’t need a separate power supply for the devices as the PoE Switch does it all.

An important point about PoE Switches is that the nominal voltage of the power supply is around 48V. The first job of a PoE Switch is to determine whether a device needs power or not. It will perform a simple Resistance Test on the terminal device (also known as the Powered Device).

It will then use the result from this test to label a device as PoE or Non-PoE device. After that, the PoE Switch calculates the current requirements of the terminal device. Using the results from this test, it will categorize the devices into one of two standards.

The IEEE 802.3af – 2003 is the first PoE Standard. As per this standard, a device connected to the port of the PoE Switch can draw a maximum of 15.4 Watts from the port.

If we consider all the power losses, then the maximum power that a device can draw is around 13 Watts. This is suitable for IP Cameras and Telephones.

IEEE 802.3at – 2009 is the latest PoE Standard and is also known as PoE+. PoE Switches with this standard are capable of delivering up to 30 Watts of power to the devices.

Again, considering all the power losses, we can extract a maximum of around 25.5 Watts. Multiline Phones, Display Phones, and CCTV Cameras with PTZ features can make use of this power. Depending on the standard, we can find both PoE Switches and PoE+ Switches.

PoE Switches are compatible with both PoE and Non-PoE devices. What this means is that you can connect PoE and Non-PoE Devices to a PoE Switch. The switch will determine beforehand whether the device needs power or not.

Now, you may be wondering. Does PoE Switch need any special type of Ethernet Cable? After all, they must carry both data and Power through them. The answer is you don’t. Regular CAT5/5E or CAT6/6A cables are suitable for connecting PoE Devices to a PoE Switch.

Here, the speed of transmission depends on the capabilities of the Switch (Gigabit Ports or 10Gig Ports). The cable also makes a difference as CAT5E maxes out at 1Gbps. CAT6A can transfer 10Gbps up to 100 meters.

+ Can provide power to devices

+ Single cable for data and power

+ Easy to install and relocate devices

– Not suitable for large distances (over 100 meters)

What is a Non-PoE Switch?

Our normal switches that we use in our homes are actually Non-PoE Switches. We can connect all individually powered devices such as computers, laptops, IP Cameras, and other networking equipment.

What if we have PoE Devices? How to connect them to a Non-PoE Switch? PoE Injectors are the answer. You can use a PoE Injector or PoE+ Injector between the regular switch and a PoE device.

– Suitable only for Non-PoE Devices

Differences between PoE and Non-PoE Switch

But there is a way to connect PoE Devices to a Non-PoE Switch. There are special devices known as PoE Injectors that do this conversion. Depending on the power and PoE Standard, we have PoE Injectors as well as PoE+ Injectors.

You can see the price of a PoE Switch is almost three times more than that of a Non-PoE Switch.

Conclusion: Which One Should You Buy, PoE or Non-PoE Switch?

Now that we have seen the differences between PoE and Non-PoE Switch, the question is which one should you buy? Assume your devices are all non-PoE i.e., computers, laptops, and other networking devices with power supply. In this, you are better off with a regular non-PoE Switch. You can save a lot on the switch but in our frank opinion, this is not future proof. You have to purchase a PoE Injector to make them compatible.

Nowadays, several PoE Devices are coming into the market. Large offices and campuses have several Access Points, IP Cameras and Telephones. All these are usually PoE Compatible. The advantage of a PoE Switch is that you can connect both PoE and regular devices to it. So, investing in a PoE Switch will allow you to connect any type of device in the future.

A Printable Adhesive For Electronics