MediaTek’s Dimensity 9000+ system-on-chip (SoC) is an addition to the company’s top-of-the-line 5G smartphone chipset. The SoC features an ARM v9 CPU with 4nm octa-core processor along with an integrated LPDDR5X that supports 8MB L3 CPU cache and 6MB of system cache. The chip also features MediaTek’s fifth-gen Application Processor Unit (APU 5.0) which enables it to perform powerful AI computing. The SOC can do 18-bit HDR video recording simultaneously from 3 cameras, it is also capable of 4K video recording. It can support 144Hz WQHD+ displays, and also supports the latest Wi-Fi, Bluetooth and GNSS standards. The Dimensity 9000+ can deliver faster gameplay, seamless streaming and an all-around better user experience in smartphones. 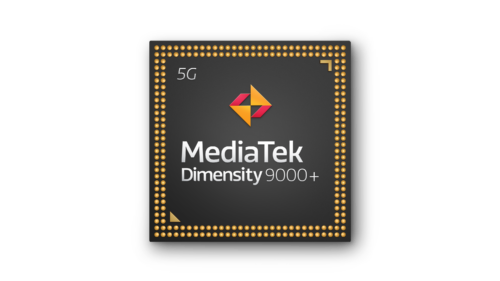 According to the company, the Dimensity 9000+ SOC integrates Arm’s v9 CPU architecture with a 4nm octa-core process, combining one ultra-Cortex-X2 core operating at up to 3.2GHz (compared to 3.05GHz with the Dimensity 9000) with three super Cortex-A710 cores and four efficiency Cortex-A510 cores. The advanced CPU architecture and Arm Mali-G710 MC10 graphics processor built into the new chipset provide more than a 5% boost in CPU performance and more than 10% improvement in GPU performance.

“Building on the success of our first flagship 5G chipset, the Dimensity 9000+ ensures that device makers always have access to the most advanced high-performance features and the latest mobile technologies, making it possible for their top-tier smartphones to stand out,” said Dr. Yenchi Lee, Deputy General Manager of MediaTek’s Wireless Communications Business Unit. “With a suite of top-tier AI, gaming, multimedia, imaging and connectivity features, the Dimensity 9000+ delivers faster gameplay, seamless streaming and an all-around better user experience.”

The company claims that the smartphones powered by the MediaTek Dimensity 9000+ are expected to be released in Q3 2022.

Caught in the waves!