AMD has announced the release of the 2nd generation of Ryzen Embedded R2000 Processors. The mid-range system-on-chip (SoC) is optimized for a wide range of applications such as ML, IoT, industrial and robotics systems, etc. The new processor features double the core count when compared to its predecessor, which results in better speed and efficiency. The company claims that this model offers up to 81 per cent improvement in processing power and graphical performance and  33 percent higher bandwidth compared to the previous generation R1000 series. 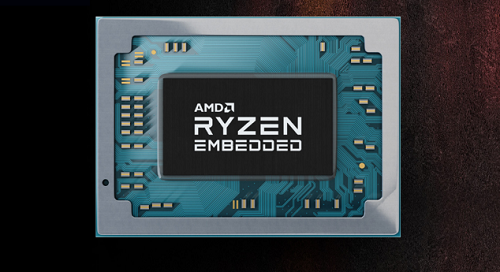 AMD’s R2000 series processors give great flexibility to the embedded system designers to scale performance and power efficiencies with a single processing platform. The module is scalable up to four “Zen+” CPU cores with eight threads, 2MB of L2 cache and 4MB of shared L3 cache. The R2000 series processor has 2X higher I/O connectivity and supports up to 3200 MT/s DDR4 dual-channel memory

The AMD Ryzen Embedded R2000 Series processors are built on the groundbreaking ‘Zen+’ x86 core architecture based on 14nm process technology, advanced Radeon Graphics and high-speed I/Os, offering a strong performance upgrade from the R1000 Series,” said Albert Lee, Executive Vice President at IBASE. “We are excited to be able to implement the latest Ryzen Embedded R2000 processor to our robust embedded platforms. We look forward to providing the right solutions and time-to-market advantage to our customers’ projects in a wide range of market applications.”

According to the company, the planned product availability extends up to 10 years. It also features enterprise-class security features which include AMD Secure Processor to help protect sensitive data and validate code before it is executed and AMD Memory Guard for real-time DRAM memory encryption. The module is capable of powering up to four 4k displays simultaneously and supports OS from both Microsoft and Linux.